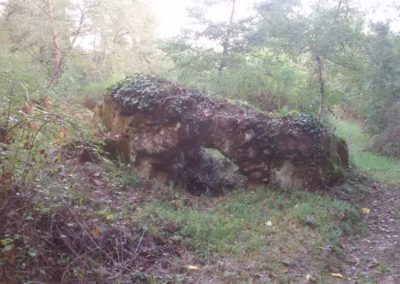 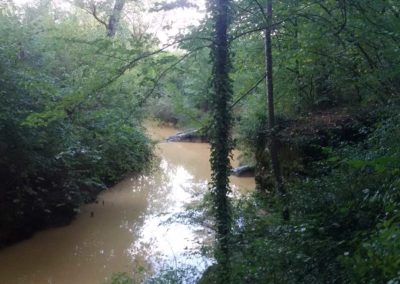 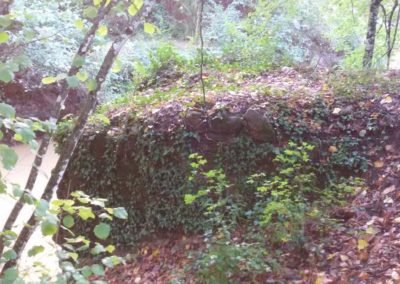 Remains of a bridge near the hamlet of Badia a Ruoti, in the area surrounding the estate called Mulinaccio. The present evidence consists in two fragments of walls that can be interpreted as the two side shoulders of the bridge. The structures are almost completely covered by vegetation, from a difficult archeological reading they would seem characterized by a constructive technique composed of rough-hewn sandstone elements placed on a sub-horizontal apparatus. The bridge, perhaps of medieval origins, had an oblique tendency compared to the river Ambra and was functional for the road that led from Badia a Ruoti to Pietraviva. Currently it is not possible to interpret the bridge’s typology, but given the short distance between the two parapets we could cautiously hypothesize that it was a single-arch bridge. In the close proximity of the bridge’s ruins is present an additional structure made of pieta, equipped with a small lowered arch and traces, maybe, of barrel vault. This architectural element could have been functional to the channeling of the waters from the adjacent stream.