TIPOLOGY: architectonic
PERIOD: modern
DATING: 20th century
DEFINITION: neo-gothic palace
DESCRIPTION: According to tradition, the structure was the residence of Gregorio di Benedetto Stendardi, known as Goro da Montebenichi, captain of fortune at the service of the family Medici during the 16th century. According to some researchers, the palace was built in the mid 16th century, but currently there are no information to confirm this hypothesis. From a preliminary archaeological analysis of the palace, we can notice how the structure has almost completely lost its original traits, except for three large openings with rounded arches identified on the south prospect and plugged in the 20th century, during the building phase that we could define in neo-gothic style. The building is an interesting example of Neo-Gothic architecture in the province of Arezzo. The typological characteristics confirm clear references to the Senese medieval building, especially the large mullioned windows surmounted by arches and pointed arches. The palace is crowned by a “Guelph” brick battlement supported by hanging arches. 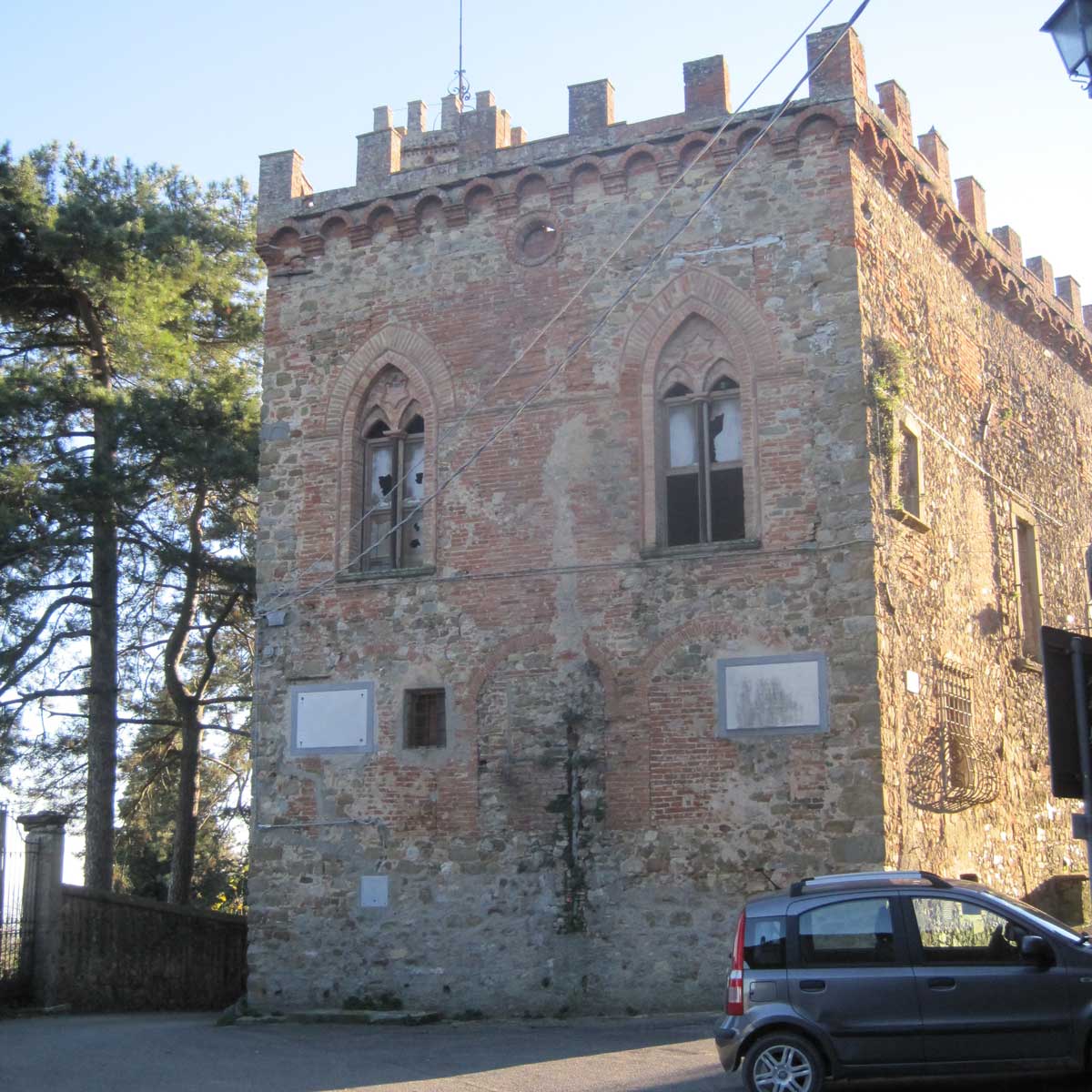 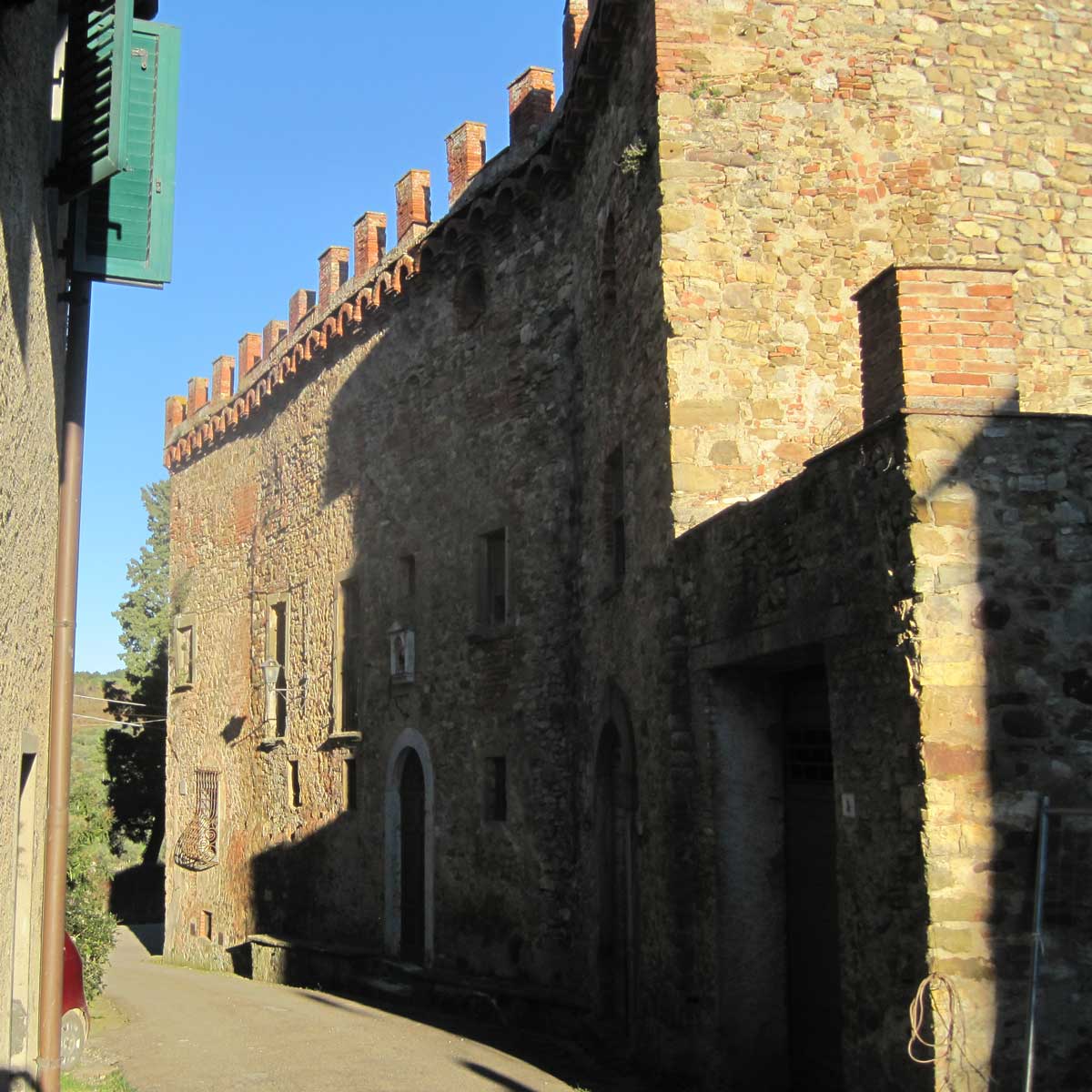