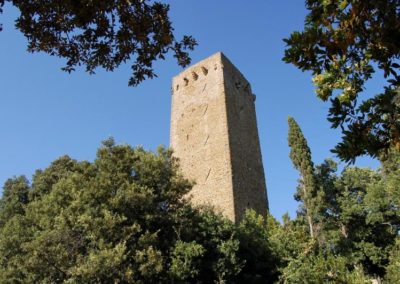 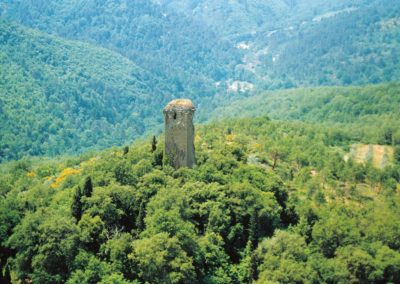 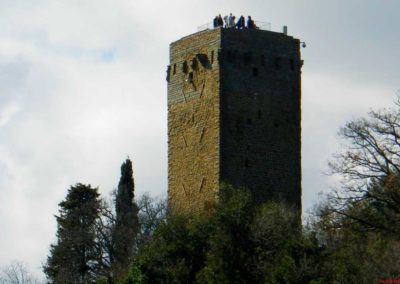 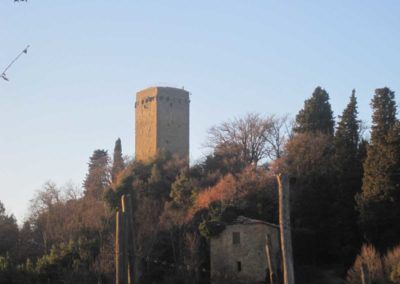 The name of Galatrona is probably of pre-Roman origins and this theory is confirmed by many findings of Etruscan and Roman pottery. The site is on a hill, 480 meters above the sea level. At present, in the area there is a wood and only a tower still stands – which is well-preserved due to a recent restoration- of the entire castle. In the fortified centre, fragments of the castle walls still stand, along with stone piles caused by the collapse of the buildings that were within the walls. The castle diagram was pseudo-elliptical and it was surrounded by mighty defensive walls: within these there were houses and many other buildings. There was a church as well, as the castle submission act to the Florentine Republic – in 1336- shows. As a matter of fact, this act was written inside the church of the castle, entitled to Saint Sebastian and Saint Fabian. The distinctive element of the castle was its mighty defensive tower , the only surviving building which is in good state. It is believed that the structure was built by Tarlato Tarlati between 1300 and 1323, on the other hand there are few remains left of the tower.