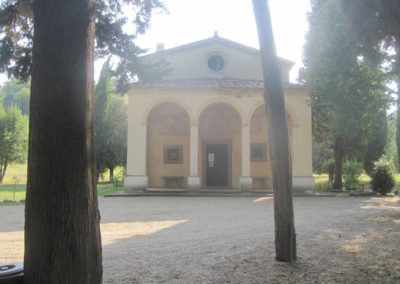 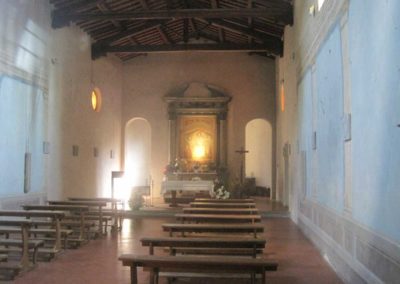 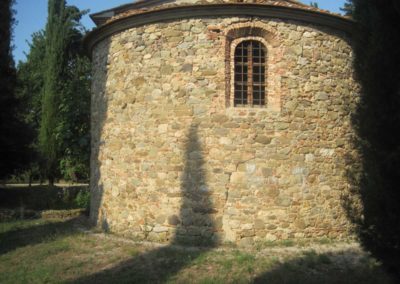 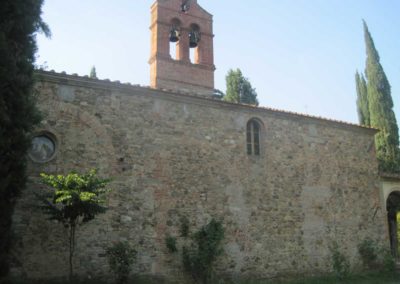 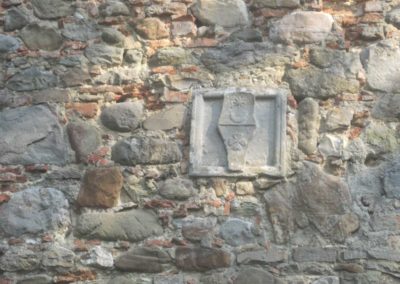 The church was originally called “di Castelvecchio” as it was located in the close vicinity of the Castle of Leuna and was a suffragan of Pieve di Presciano. To this day the exact period of foundation remains unknown, but the church is remembered in the tithes of the late 13th century. During the 20th century the building underwent a radical renovation through the adding of the semicircular apse and the front portico in front of the façade. The structure currently has a single nave with a gable roof; in the presbytery area there is a fresco depicting “La Madonna della Cintola” dated between the 14th-15th century. During an intervention of consolidation (1986) in the area of the portico some Etruscan-roman archaeological evidences have emerged consisting in: masonry structures, travertine blocks, pieces of pipes in fictile material, ceramic fragments dating from the 6th century B.C. to the 1st century A.C.