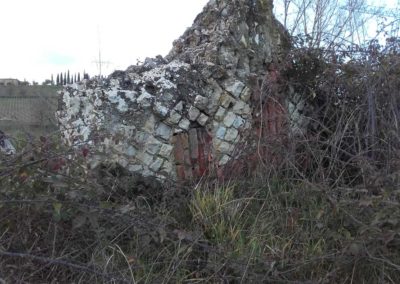 The place “Roma Vecchia” is located southwest to the church of Capannole, in a wide plain area between the left bank of the brook Ambra and the hamlet of Ambra. In this area you can still see some wall fragments in “opus mixtum” which were probably part of an ancient roman monumental building. According to some sources, these parts were recovered near the brook Ambra and led where they currently are by some mechanical means. The Roman building was thus supposed to be about 20 meters nearer the stream. There may be further fragments in the subsoil and in primary laying.