TYPOLOGY: architectural
PERIOD: medieval
DATING: 14th-15th century
DEFINITION: Circular Tower
DESCRIPTION: Tower with a circular plan located in the historic center of Rapale and part of the defensive system of the medieval castle. Only the lower part of the tower currently remains, as over the centuries the architecture has been reduced in height and today it is lower than the adjacent building. On the lower part of the structure there is a light slope bordered by a sandstone frame. This type of tower is found in other towns in the province of Arezzo such as Lucignano, but also in the province of Siena such as Rapolano Terme. Given the typological characteristics of the architectural artefact, in addition to the comparison of the masonry technique, we can insert the tower in a chronological context between the end of the fourteenth century and the fifteenth century. 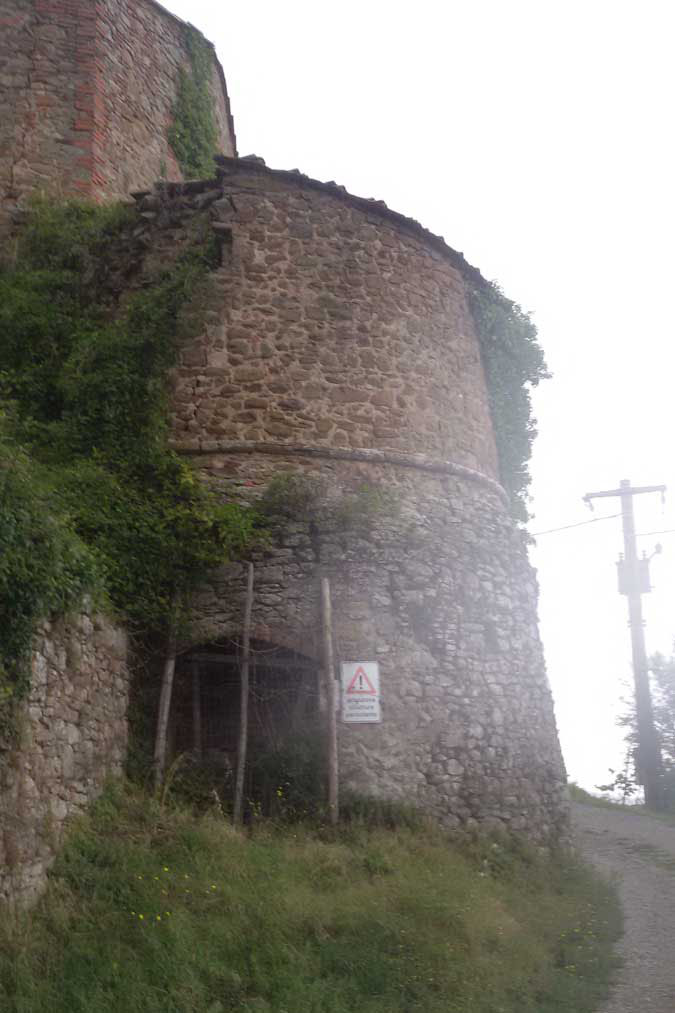