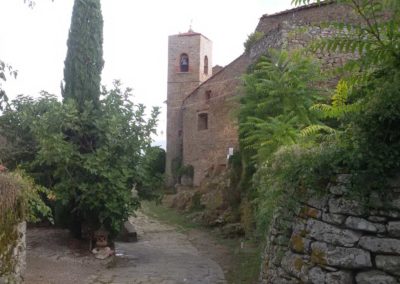 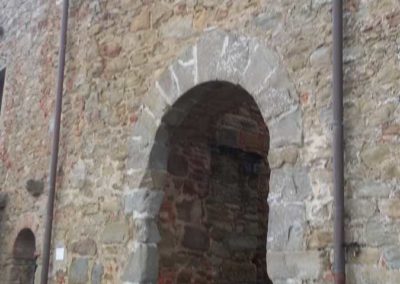 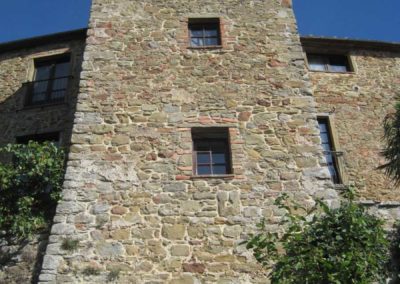 The castle of Rapale was for a log time under the giurisdiction of the Ubertini family of Arezzo. It was burnt by Florentines and became their property in 1404. In 1431 the castle was conquered by the town of Siena but in 1433 it was conquered by Florence again. Yoiu can still see the entrance door to the castle dating back to the XIVth century, above which there are four wooden « corbels » funtional to the housing. On the left of the door there is a rectangular tower directly placed against the castle walls. A polygonal Bastion is still visible in the southern part of the castle., whereas on the east you can find the remain of a round tower dating back to the XIVth-XVth century. The church of the castle is situated near the door and it is dedicated to San Miniato, a title coming from an ancient church which was once situated within the present cemetery.