TIPOLOGY: architectonic
PERIOD: modern
DATING: 20th century
DEFINITION: bridge
DESCRIPTION: The impressive railway viaduct of Bucine is closely connected to the construction of the Rome-Florence railway line. The concession for the construction of the railway was already stipulated in 1859 by the Grand Ducal Government and reconfirmed the following year by the Tuscan Government. The rails in Bucine probably got around 1866. The structure originally had a double row of arches, the lower one reserved for pedestrian traffic. The upper Fornici were formed by a large arches at full center resting on piers highlighted by stone cornices, while the lower arches had a lowered arch. The structure was completely destroyed during the Second World War and subsequently rebuilt. 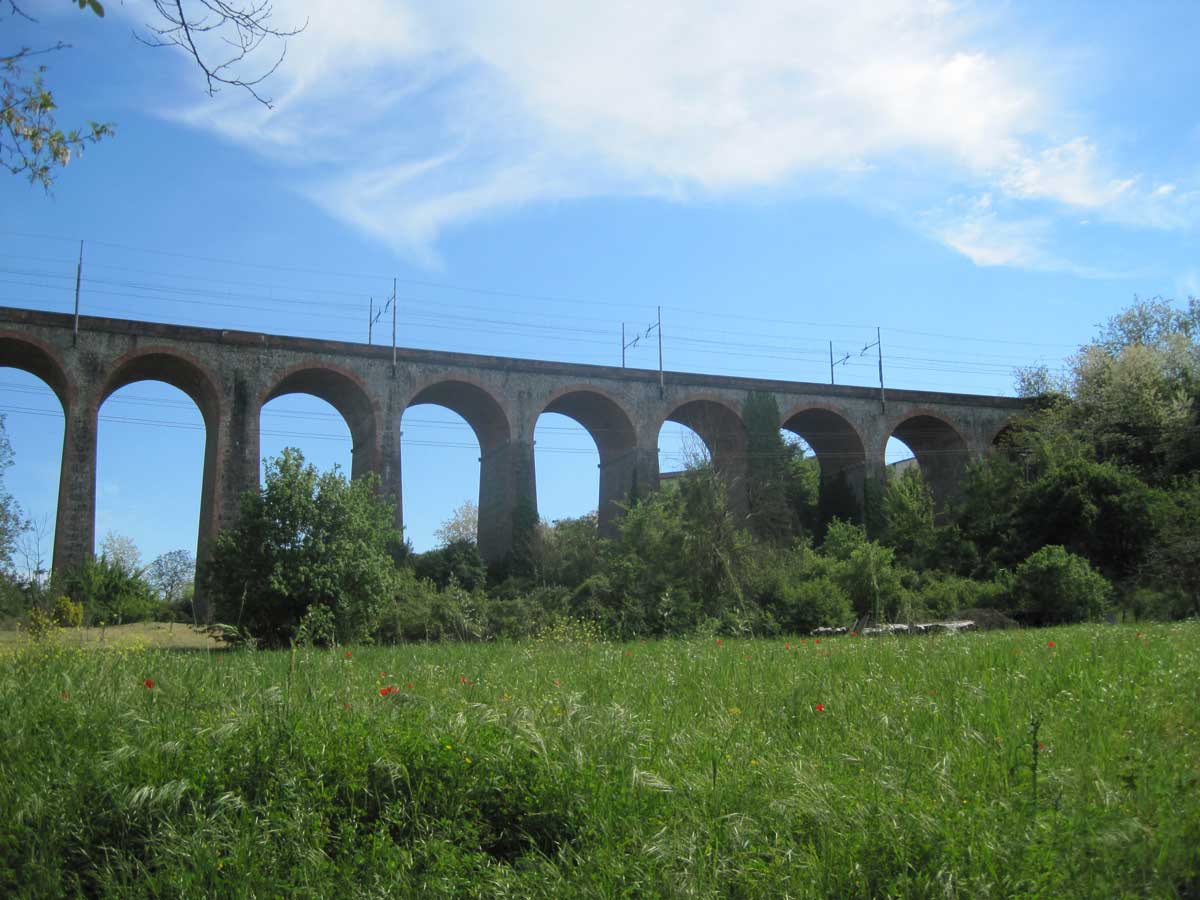 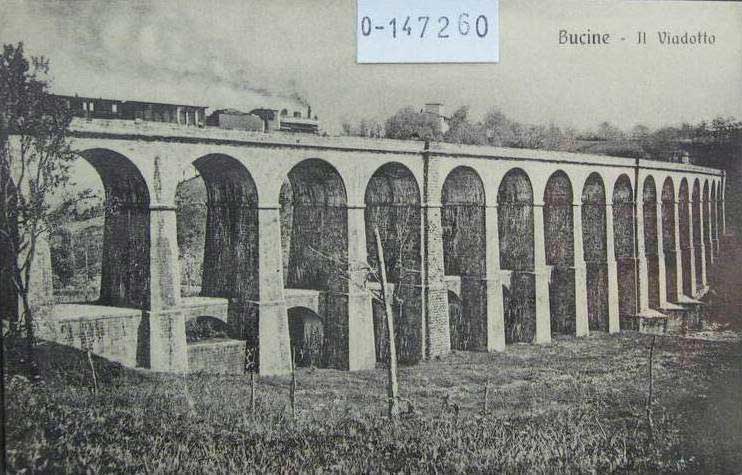 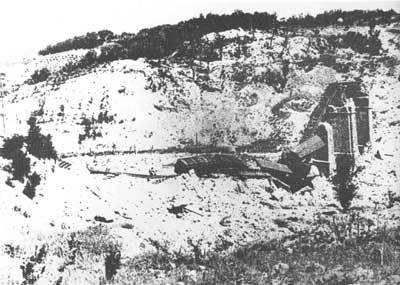