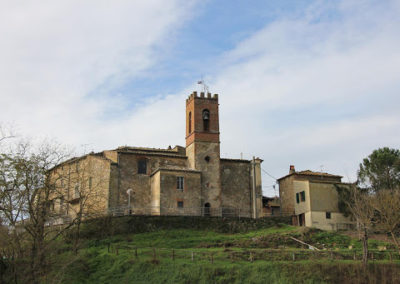 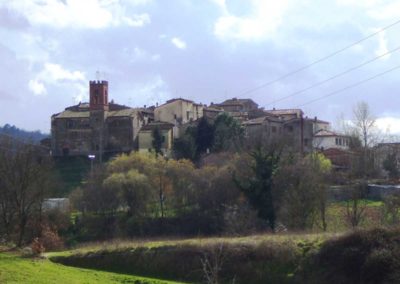 According to local historians, the primitive demic center was originally located on the nearby hill of Santa Lucia. The castle has a circular shape with a series of internal roads parallel to each other and all perpendicular to a south-north-west road axis: this connected the two access gates to the castle, one of which still partly exists. This urban structure is typical of the new foundations of the full 13th century, in this case perhaps connected to the displacement of the population from the previous settlement of Santa Lucia. The church of Santa Lucia is located inside the walls and is placed against the presbytery area. Currently the building of worship is the result of interventions that have profoundly altered its original appearance, especially during the 19th-20th century. Its medieval origin is well documented by some wall fragments datable to the full 13th century. The brick bell tower has been realized in the 20th century.