Remains of a bridge over the Trove stream, in a place called Mulino al Suono, near the hamlet of Badia Agnano. The evidences are formed by two bases with a quadrangular section made of local stone blocks of small and medium size, aligned with each other in east-west orientation. Given the small size of the remains, it is very difficult to provide reliable data on the architectural characteristics of the building. Most likely it was a bridge with three arches resting on pillars; from the analysis of the Lorraine land registry it is possible to see how in the 19th century the structure was no longer represented in the maps. The masonry technique is very similar to the remains of a further bridge placed on the Ambra stream, near Bucine, as well as the typology of the pillars: with this we could cautiously hypothesize for the bridge a dating to the 13th – 14th century. 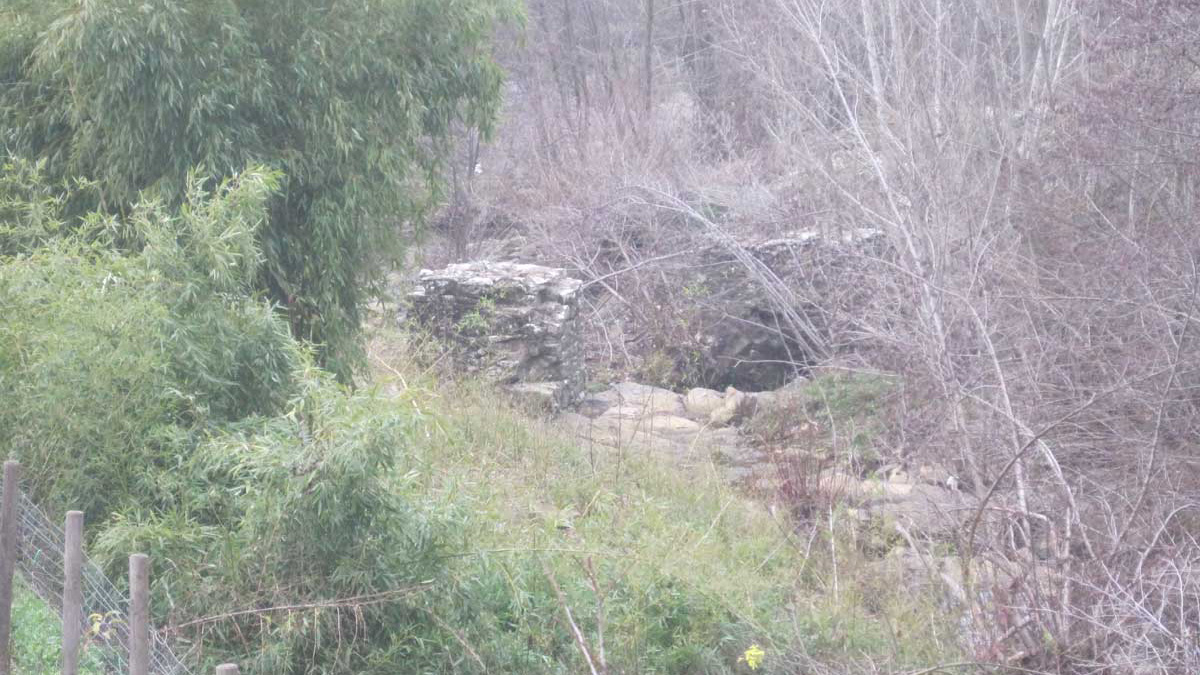