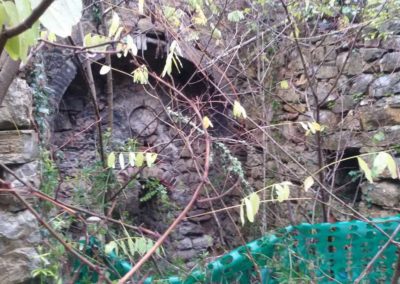 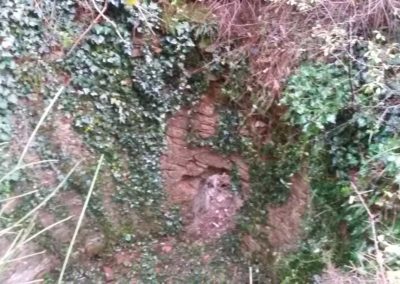 Remains of furnace located near the hamlet of Duddova, south-west among the San Michele Arcangelo’s church. In the area surrounding the structure there are fragments of molten limestone, further to traces of superficial quarries for the extraction of limestone used for the making of lime. The structure has lost most of its original aspect, as it has now become integral part of the local water system. Of the furnace remains only the combustion chamber, which has a circular shape and is partially underground. From oral sources it seems that the structure was built at the end of the 18th century, while it remained active until the mid-20th century.