Church of San Pietro
a Roti

TYPOLOGY: architectural
PERIOD: medieval
DATING: 12th-13th century
DEFINITION: church
DESCRIPTION: The present building can be dated between the 12th and 13th centuries, but its foundation dates back to the 11th century. The building has a west-east orientation with a Latin cross plan, a single nave with a protruding transept and a semicircular apse. Between the transept and the nave there is a tall drum in brick surmounted by a dome covered externally by an octagonal lantern largely made in the mid-twentieth century. The façade, originally of lesser height, is a hut with an access door characterized by a large monolithic architrave and surmounted by a porch with an arch at full center resting on two small columns supported by shelves. Inside the church there is an altarpiece made by Neri di Bicci in 1472 as well as some portions of 15th century frescoes 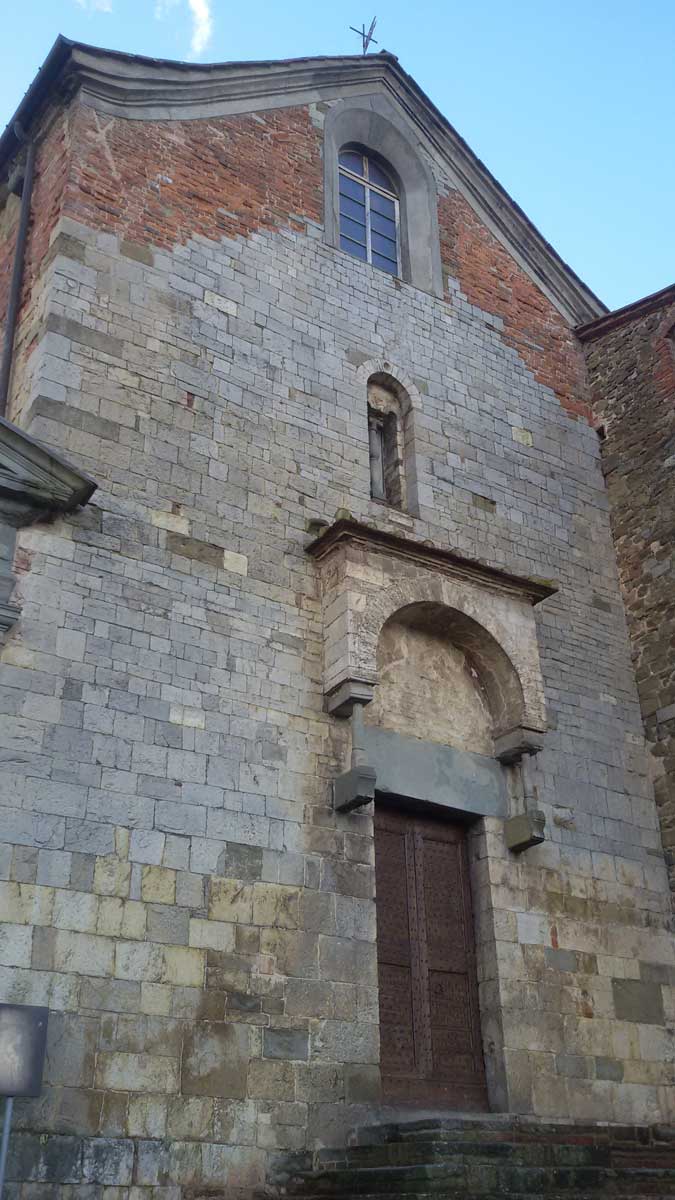