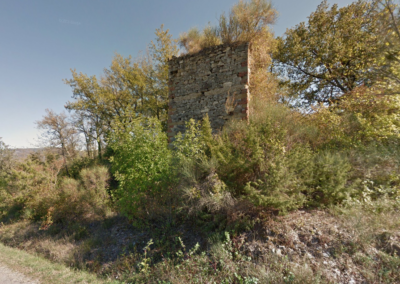 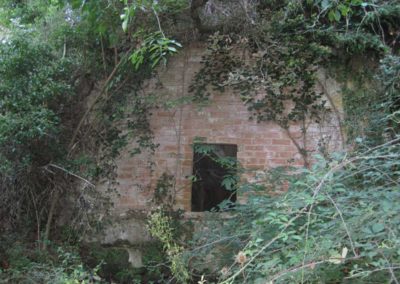 The furnace is located near the hamlet of Badia Agnano, along the road that leads to San Pancrazio. The structure has a tower typology, consisting of an opening in the lower part, functional to the insertion of fuel inside the combustion chamber and a large opening at the top for the charge of limestone, which probably occurred through the use of lifting machines. The furnace was built during the 20th century and has remained active, according to oral sources, until, at least, the 50s of the last century.