Abbey and castle with settlement continuity 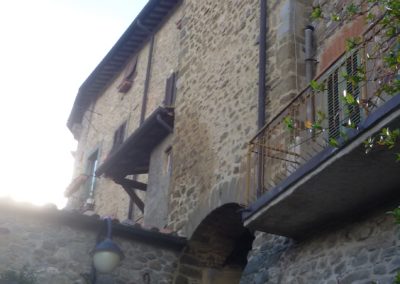 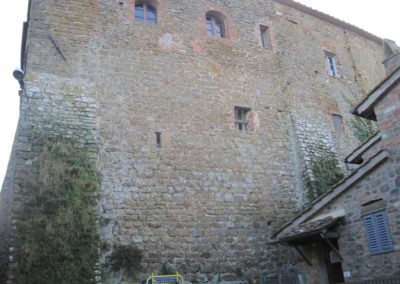 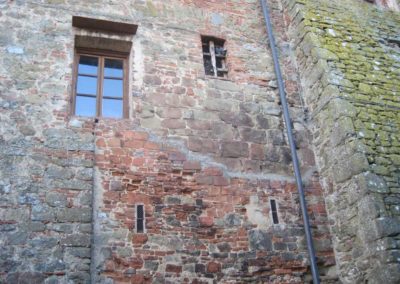 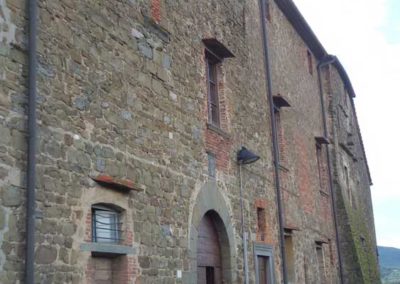 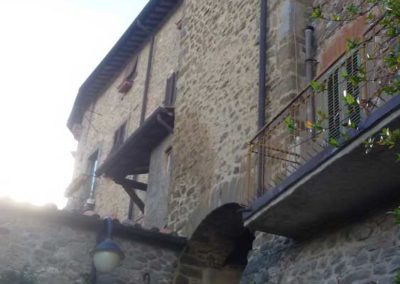 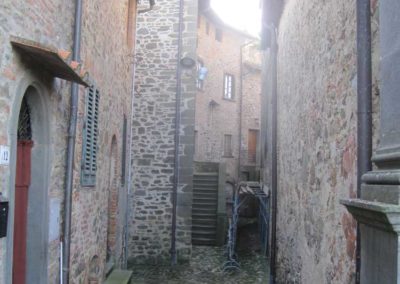 It is not possible to establish the period of foundation of the abbey, but we know with sureness that originally it was Benedictine and then subsequently adhered to the Camaldolese order. In the 11th century the monastery already had its own land configuration as shown by a document from 1089. Of the ancient abbatial structure, in addition to the church, remains labile traces, as the complex, over the centuries has been changed into an agricultural farm. The abbey is organized around a rectangular cloister bordered to the south by the central nave of the church. The space, on which until the last century there was also a water well, is limited by a series of arches at full center, resting on stone pillars that present different building phases corresponding to many chronological phases. Internally the structure has completely lost its original articulation and it seems very difficult to identify the spaces related to the monastic life. Of particular interest are the rooms currently used as cellars because they have some defensive characteristics related to the medieval period, such as the presence of numerous loopholes. In these settings, it is also present an ancient icebox, maybe referable to the original phase of the abbey. Externally the monastery was remodeled over the centuries, but the large walls are still visible, eligible to (given the architectural and construction characteristics) a chronological context included between the 13th and 14th centuries. Above the original entrance door of the abbey, located next to the façade of the church, we note the presence of four stone corbels, clearly as defensive reference: similar elements are found above the door of the castle of Rapale and on the top of the tower of Galatrona. When the Roti Abbey had already established itself as a center of power in the territory, on the southern side of the abbatial structures arose the castle of which, currently, remain only fragments of the defensive walls and the tower with the access door in the southern sector of the actual historian center. Furthermore, on the eastern side was born a small village, corresponding with the houses that currently are located along the current Via delle Colonie.

Church of San Pietro a Roti