TIPOLOGY: architectonic
PERIOD: modern
DATING: 16th – 20th century
DEFINITION: church
DESCRIPTION: The building of worship is located outside the walls of the castle of Montebenichi and was originally named “Oratory of the Society of the Body of Christ”. Probably the small church was built in the first half of the 16th century, following the settlement expansion of Montebenichi beyond the castle walls circuit.
Currently the building is the result of some restorations carried out during the 20th century. The church has a single nave with a north-south orientation. The façade is in stone with a rectangular entrance portal surmounted by a circular oculus. Inside are neo-gothic pictorial decorations. 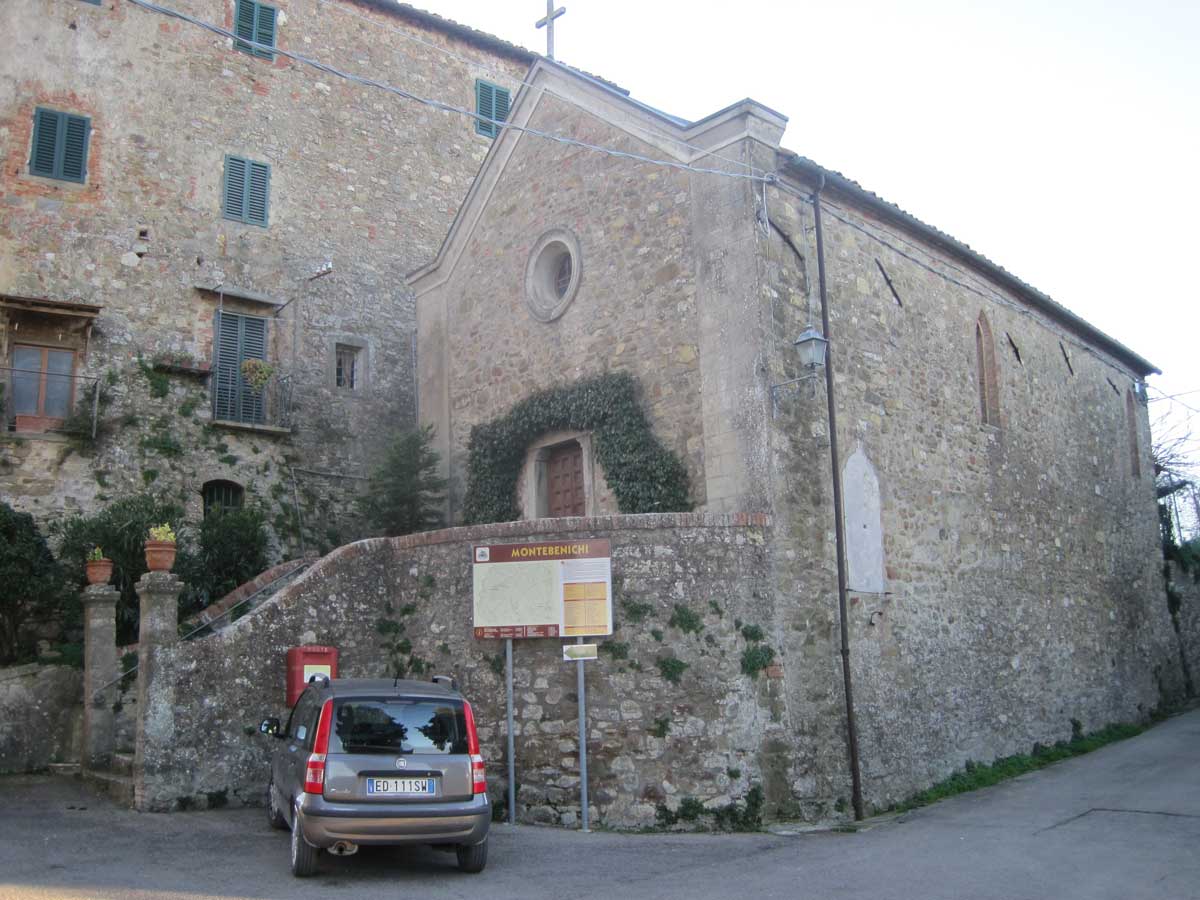