Church of Saints Iacopo and Cristofano 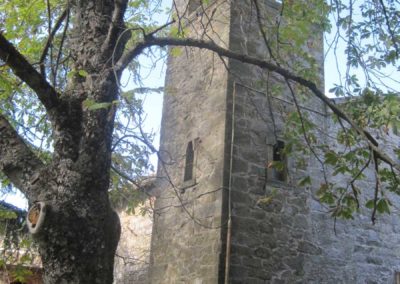 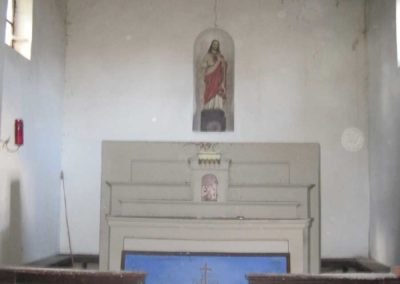 The building is located in the hamlet of Solata, a small village on the border between Valdambra and Chianti; the village was probably built in the Middle Ages and was probably part of those fortified villages built in the upper Valdambra, such as Duddova and Tontenano. The church is entitled to the saints Iacopo and Cristofano, it has a south-west orientation and probably has medieval origins, although today no information has been recovered to confirm this conjecture. Currently the building has a rectangular plan and a single nave with a slightly raised presbytery, separated from the nave through a triumphal arch in the center with a masonry frame resting on molded piers. The roof is a hut with a main and secondary wooden frame on which clay tiles are placed; the roof covering is in tiles. Externally the church presents a very simple forms with a gabled façade and stone elevations; on the left side is located the bell tower built in the 20th century, replacing the original bell tower. Through the study of the typology of architectural and decorative elements, the current appearance of the church can be traced back to a period between the 18th and the end of the 19th century.
The Virtual Museum of Valdambra is a project of the Municipality of Bucine and the Valdambra Association.