TIPOLOGY: architectonic
PERIOD: modern
DATING: 20th century
DEFINITION: neo gothic palace
DESCRIPTION: The building is located in the hamlet of Montebenichi in Piazza Gorizia, in the ancient core corresponding to the medieval castle. The building in the eastern sector stands directly against the medieval walls, which is still visible a large tract. The building, currently used as hotel, has an excellent state of preservation, result of a careful restoration work.
The origin of the building is clearly medieval, but it has almost completely lost its original characteristics during a total building intervention that took place at the beginning of the 20th century. The structure, like the nearby Stendardi Palace, represents an important example of neo-gothic architecture in the province of Arezzo. The artifact extends on three levels above ground and possesses typological characteristic clearly reminiscent of the Senese medieval civil architecture. The mullioned windows and the portals are surmounted by pointed arches, while the entire building is crowned with Guelph crenellation supported by hanging arches also of pointed arch.
According to an epigraph placed in the façade of the building, the neo-gothic intervention was commissioned by the then owner of the building, Salvatore Malesci in 1907. 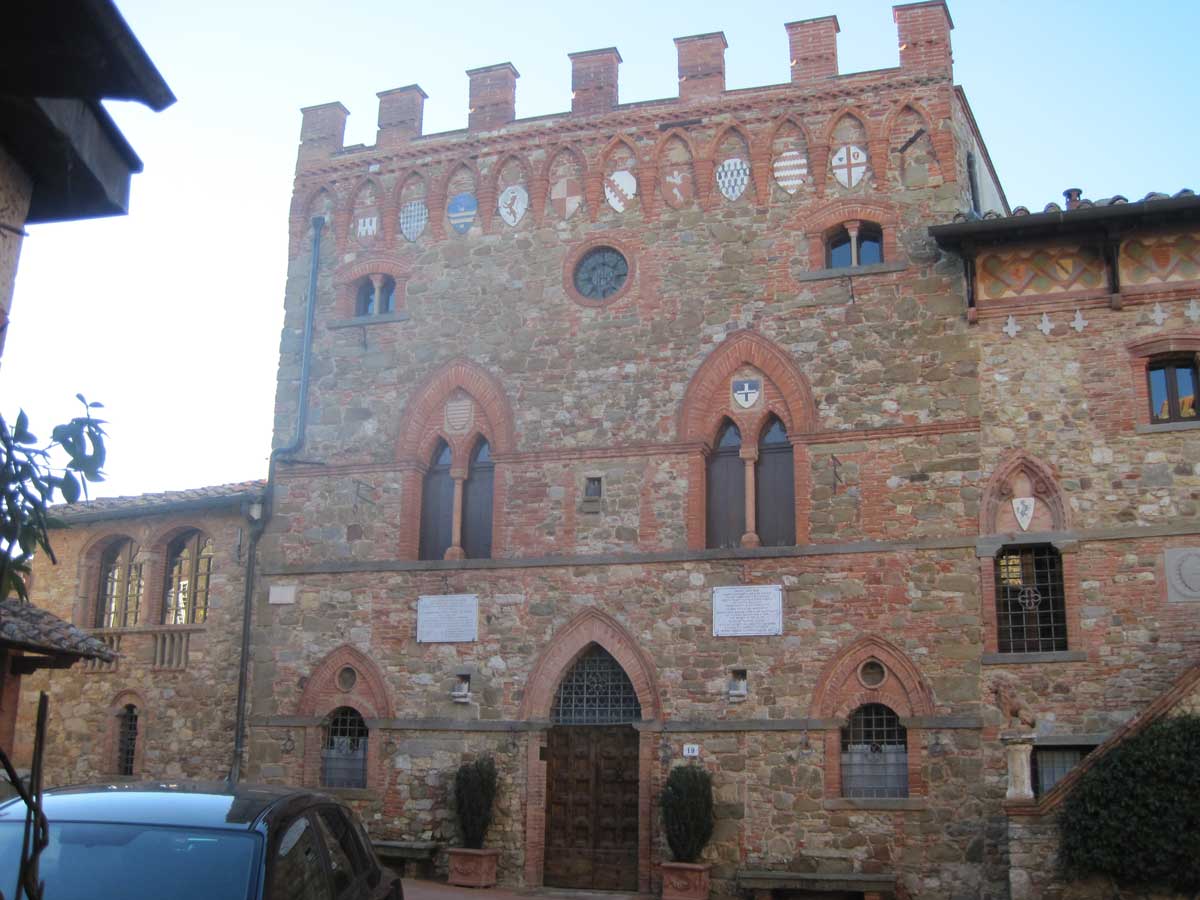 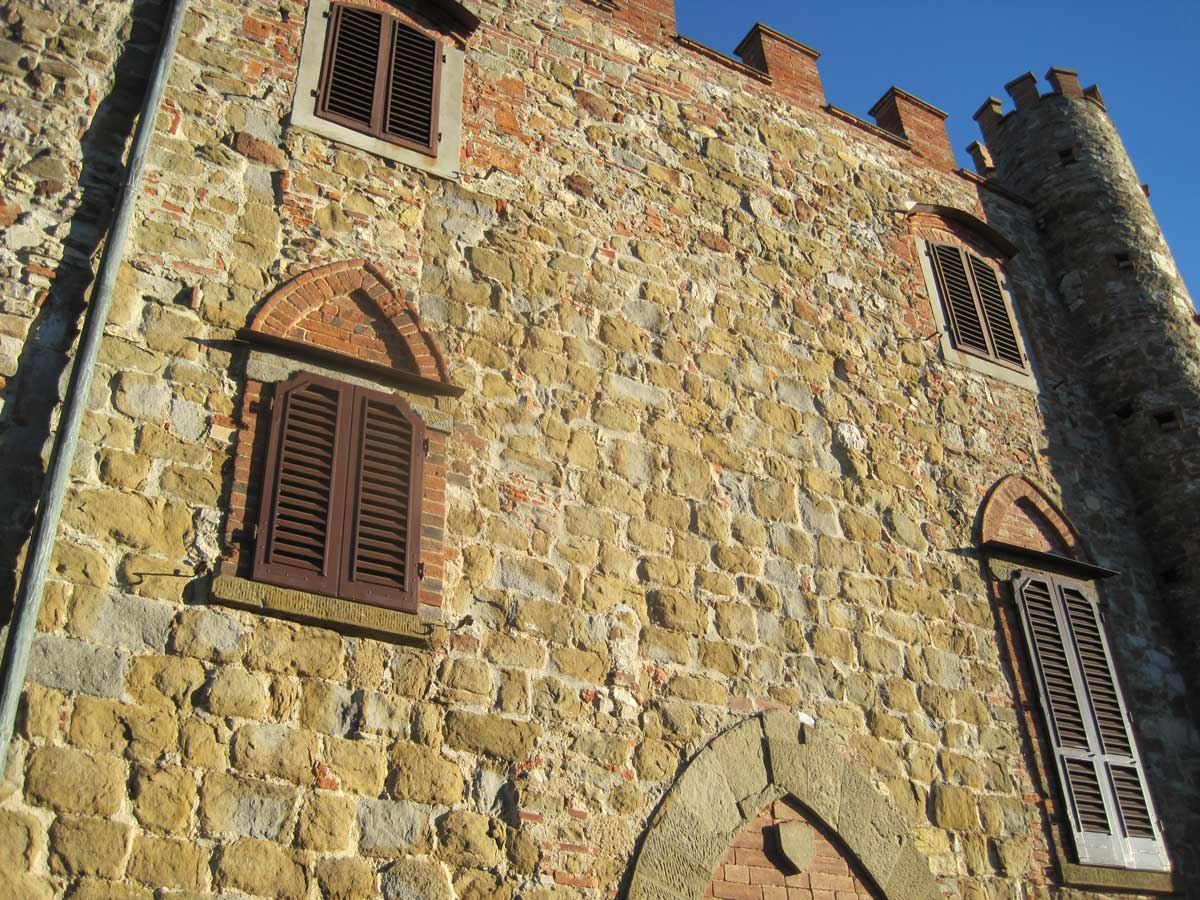