TIPOLOGY: architectonic
PERIOD: medieval
DATATION: 13th – 14th century
DEFINITION: keep
DESCRIPTION: The structure is what remains of the Sogna’s castle, probably the most important building of the ancient fortified nucleus. The Keep is currently preserved only for two elevations, the north and the east. The building , originally, had a quadrangular layout and a significant vertical expansion on several levels. Interesting is the presence of a small place obtained inside the thickness of the northern perimeter wall, equipped with a small opening and characterized by a barrel roof made of brick. This room may have been used as a latrine and this would be seem demonstrated by the pieta drain placed outside the structure. From a preliminary study of the building technique and of the architectural typology we could hypothesize a dating between the end of the 13th century and the half of the following century. 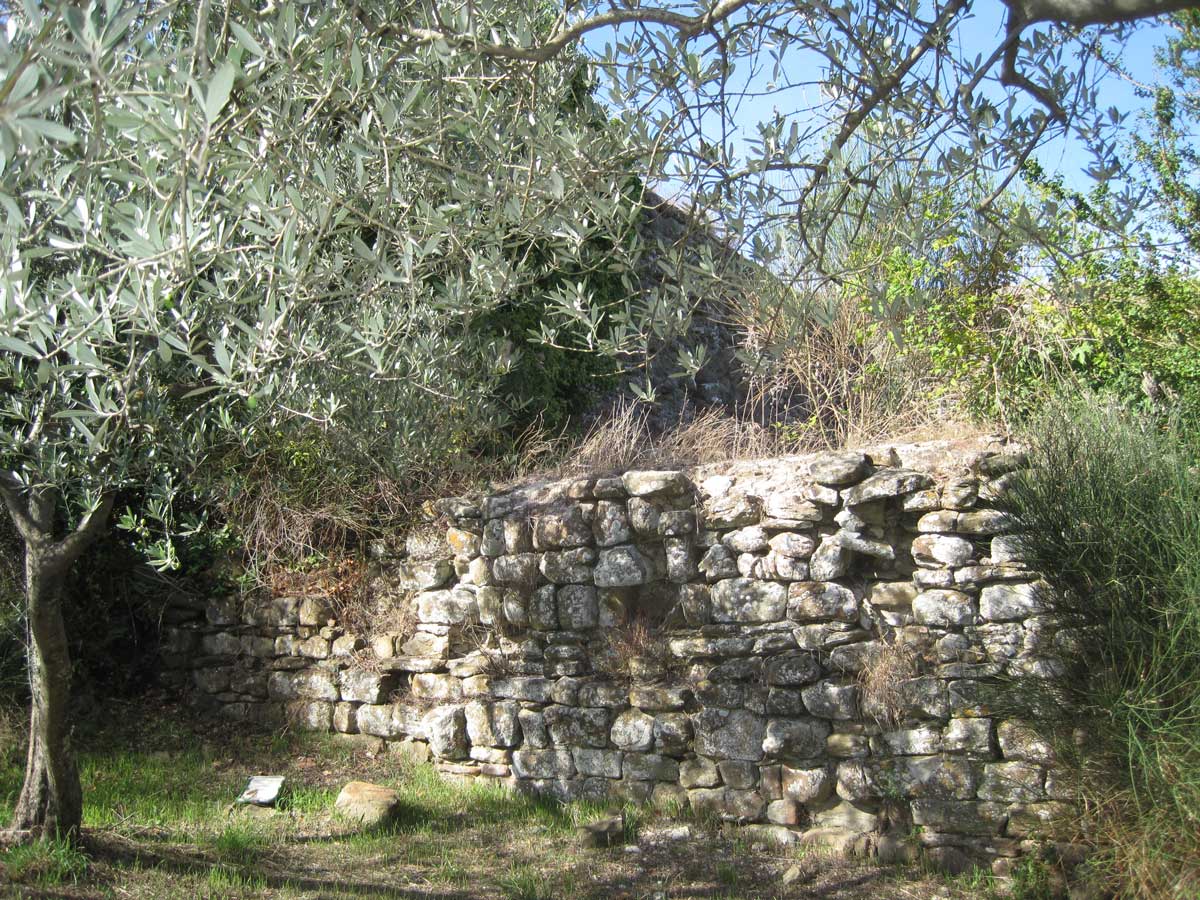 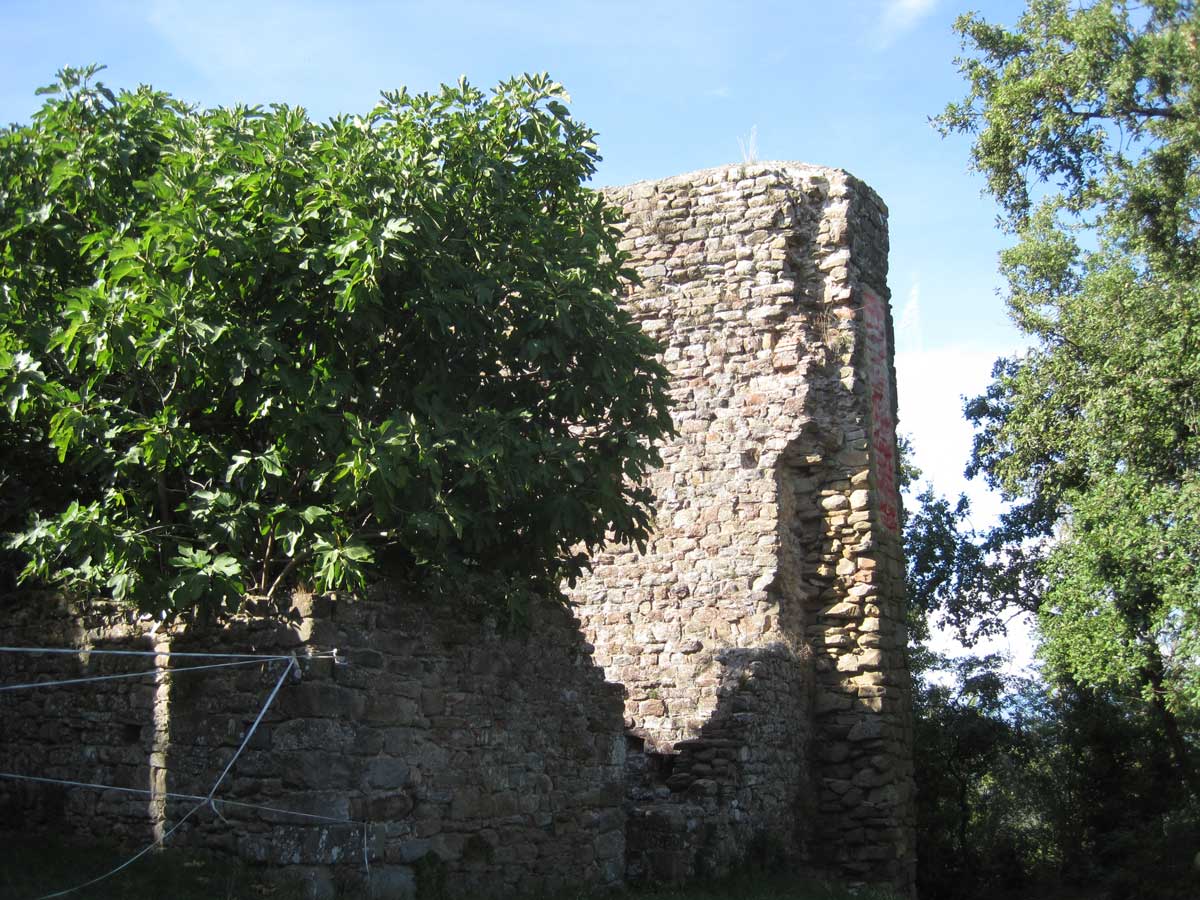 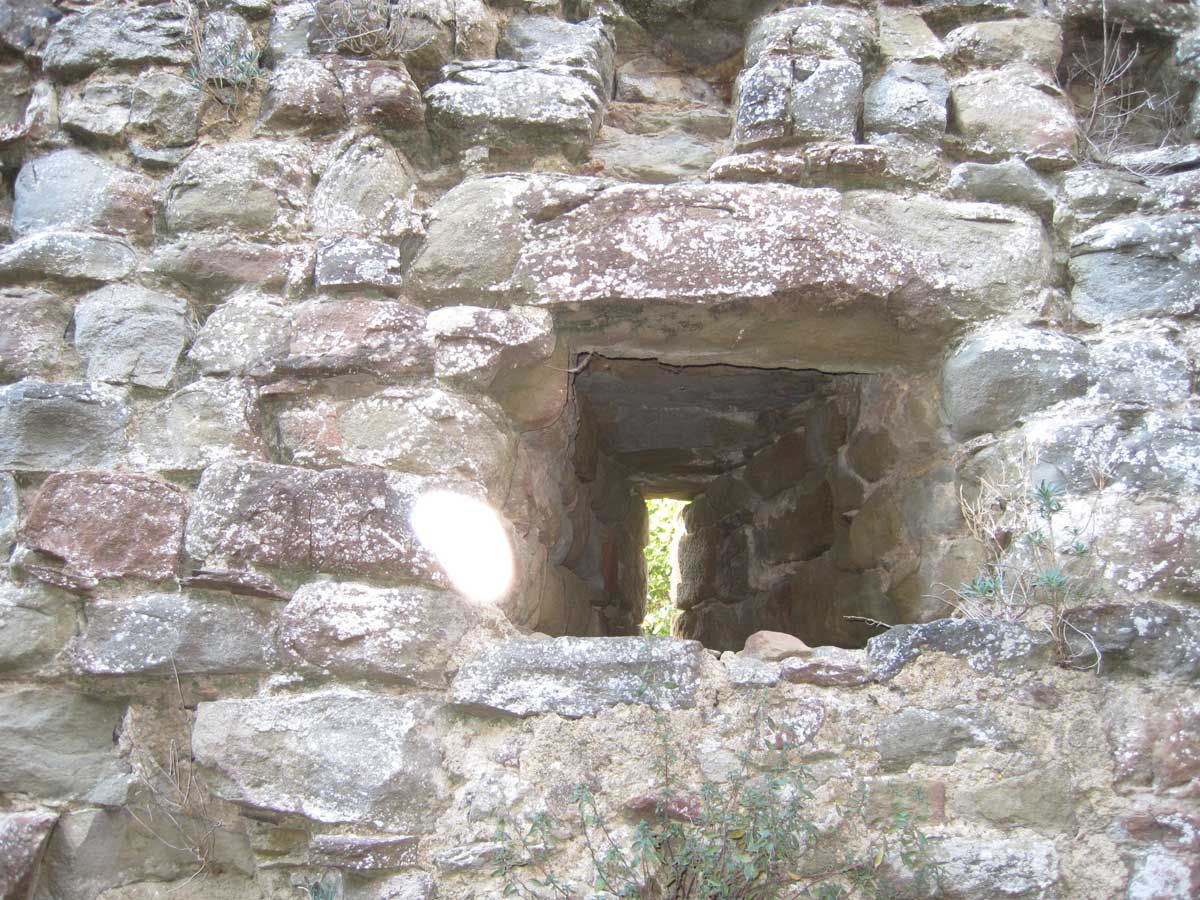 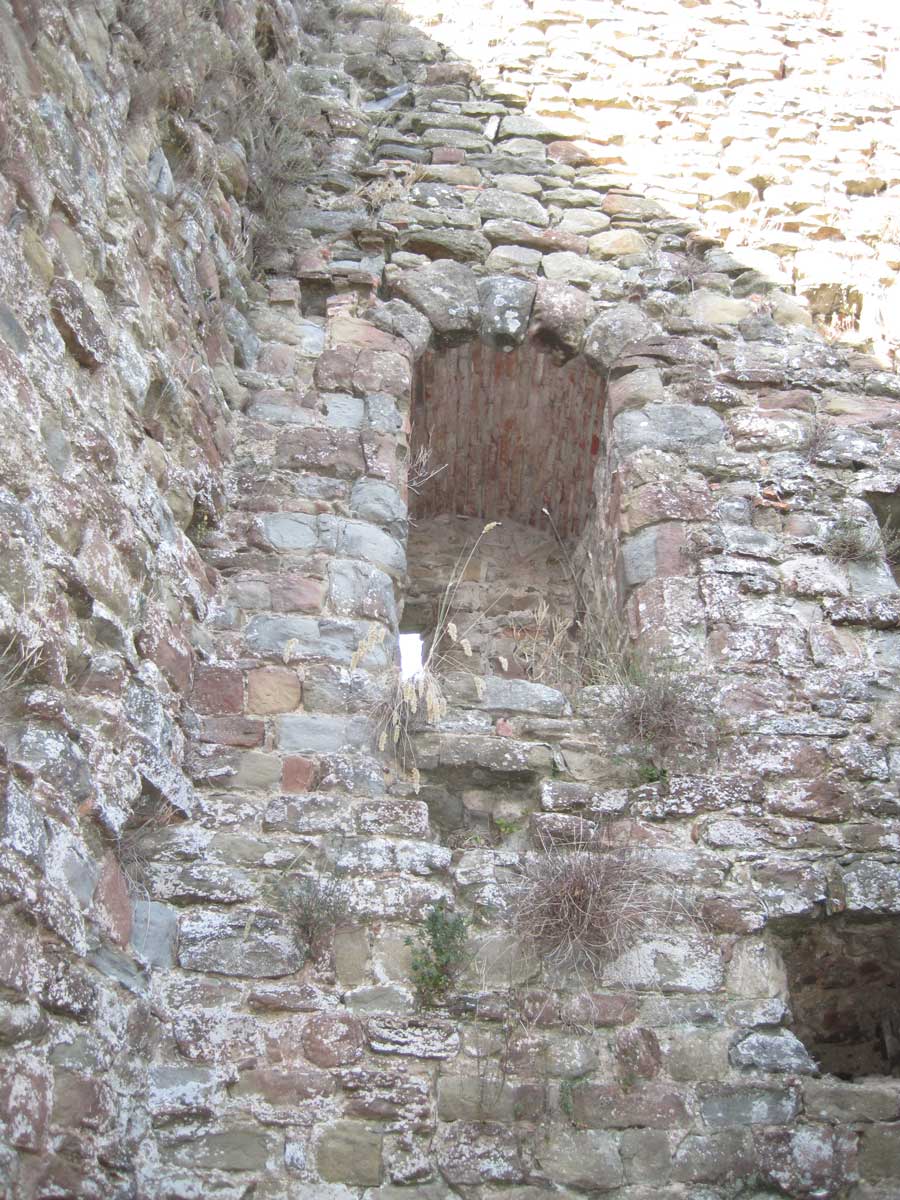